Avène Dermatological Laboratories use cookies and other trackers for statistical purposes and for audience measurement, for targeted advertising, for testing and for personalizing browsing on this site.

TYPES OF ACNE AND HOW IT FORMS IN THE SKIN

When talking about acne-prone skin, what comes to most people’s minds are bright red bumps, but technically acne is the name of the skin condition in which different types of acne can appear on the skin.Acne can manifest itself visibly as blackheads, whiteheads, pustules and papules – to name a few.

Underneath the surface of the skin there are also non-visible microcomedones, that can become visible acne if they persist. We’ve broken it down for you to understand, so read on to learn more about the process of acne formation and the most common triggers.

Underneath each one of our pores, there is a sebaceous gland that produces a substance called sebum – and oily substance designed to keep skin healthy, hydrated and protected from external stressors, and “acne arises primarily from the sebaceous or oil producing glans”, says Dr Tong.

In oily, acne-prone skin, the sebaceous glands are quite active and end up producing too much oil. This over production of sebum can result in clogged pores – along with dead skin cells and built up bacteria! – potentially leading to acne breakouts.

That’s why it’s so important to have an acne specific skincare routine with products that have the ability to regulate sebum production and keep it in check. 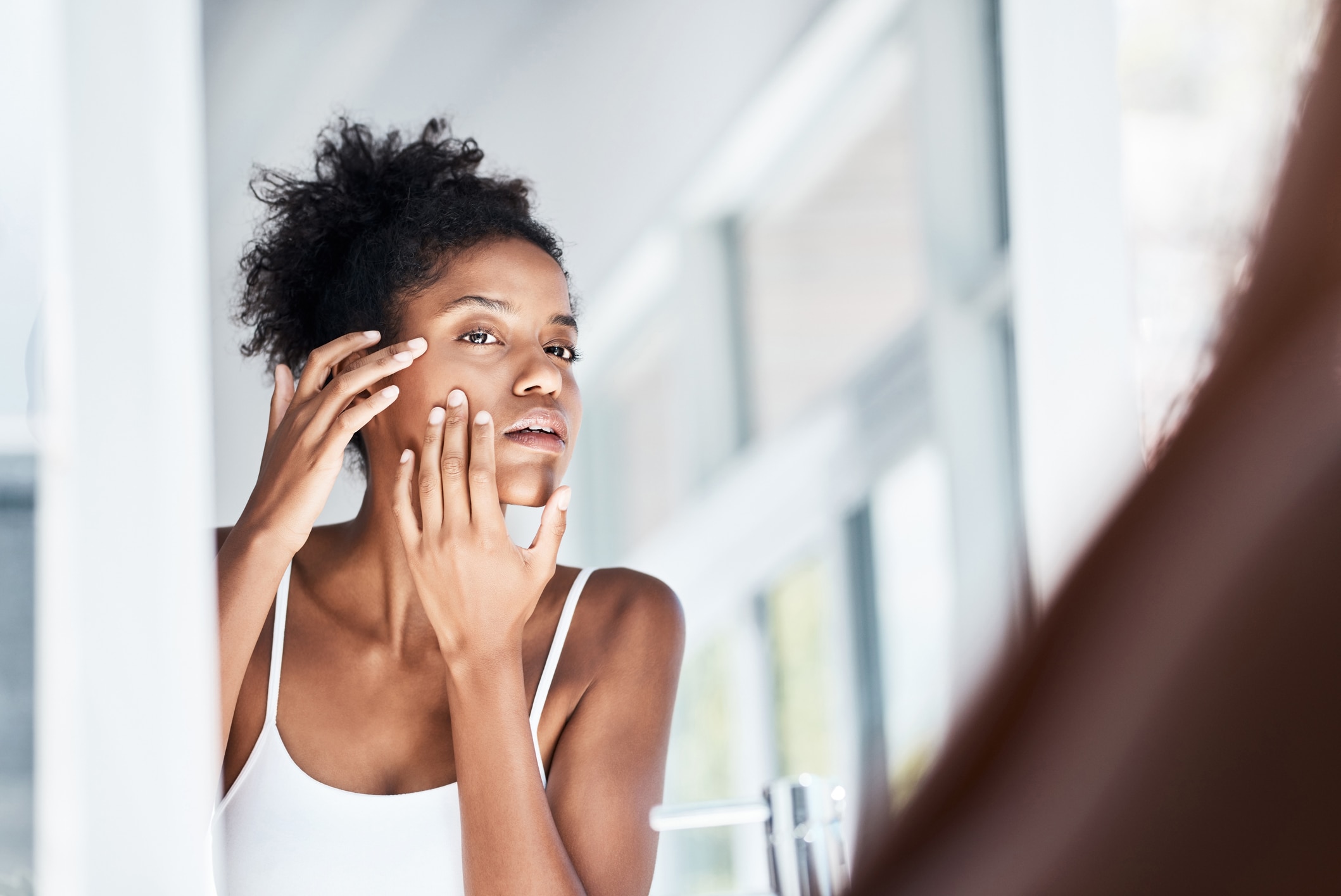 Comedones and microcomedones are classified as noninflammatory acne, as they tend to appear like flesh coloured bumps as opposed to bright red, inflamed spots. What many people don’t know, is that for every visible acne lesion on the surface of the skin, there are many microcomedones underneath the skin that are not visible to the naked eye.

Microcomedones denote the first stage of acne, which can then develop into blackheads (open comedones) and whiteheads (closed comedones).

Blackheads occur when the pore is clogged by a combination of sebum and dead skin cells, and since the pore stays open, the debris oxidises giving its characteristic black colour. Whiteheads on the other hand, look like a small bump protruding from the skin as the top of the pore is closed up.

Unlike comedones and microcomedones, papules and pustules are usually red, swollen and are inflammatory in nature. While excess sebum and dead skin cells also contribute to these types of acne, bacteria play a role in causing the lesions to become infected beneath the skin surface. Papules appear as raised, reddish bumps while pustules as raised, reddish bumps with white centres.

As we can see from the processes and different types of acne, sebum production and bacteria are two key players when it comes to the formation of acne. Another trigger, however, is excessive skin dryness, which can be surprising when talking about oily skin.

It’s important to understand that the skin needs a balance of oil and water, and whilst oily skin may have a lot of oil, it’s possible that it can lack water and therefore go through dry periods. This is especially true for a lot of people with oily, acne-prone skin as they tend to think they do not need to use a moisturiser.

In turn, skin becomes dry, sebum production goes into overdrive and acne breakouts become even worse. Avoiding skin dryness is an essential step in the battle against acne. 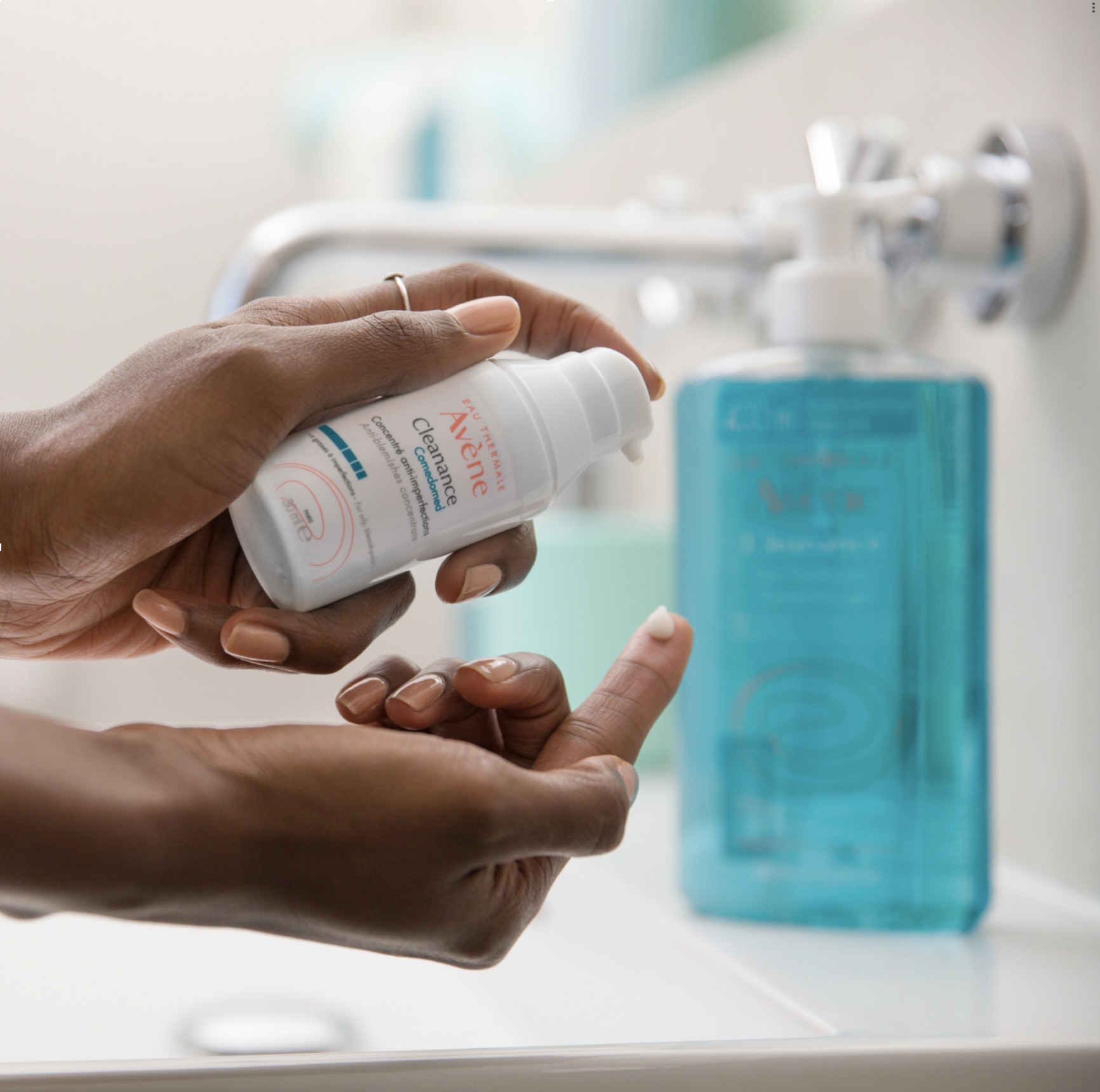 If you are over 16 years of age, you can receive our tips, special offers and information about your favorite products.

You are now subscribed to our newsletter.

This e-mail is not valid

This e-mail is already subscribred

We, AVENE Dermatological Laboratories, will keep your email address secure and we will only use it to send you emails.

Creating your account will provide you with access to your member area.
We will keep this information secure (but not indefinitely, for no more than 3 years following our last contact with you).
We will use it solely to provide you with a personalized experience.
You are free to change it here or you can ask us to delete it.
Find out more about our Privacy policy.

Your comment has been queued for review by site administrators and will be published after approval.